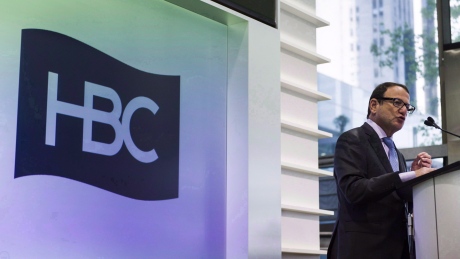 Jerry Storch, chief executive officer of the Hudson’s Bay Co., seen here addressing the company’s shareholders during its annual general in Toronto in June 2016. Storch says bringing the iconic department store brand to the Netherlands wasn’t his original plan, but feedback from local shoppers suggested the country could use more Canadiana – and a few of those Bay blankets. (Christopher Katsarov/Canadian Press)

Read the full article here: Hudson’s Bay steps outside Canada with its flagship brand in the Netherlands – Business – CBC News